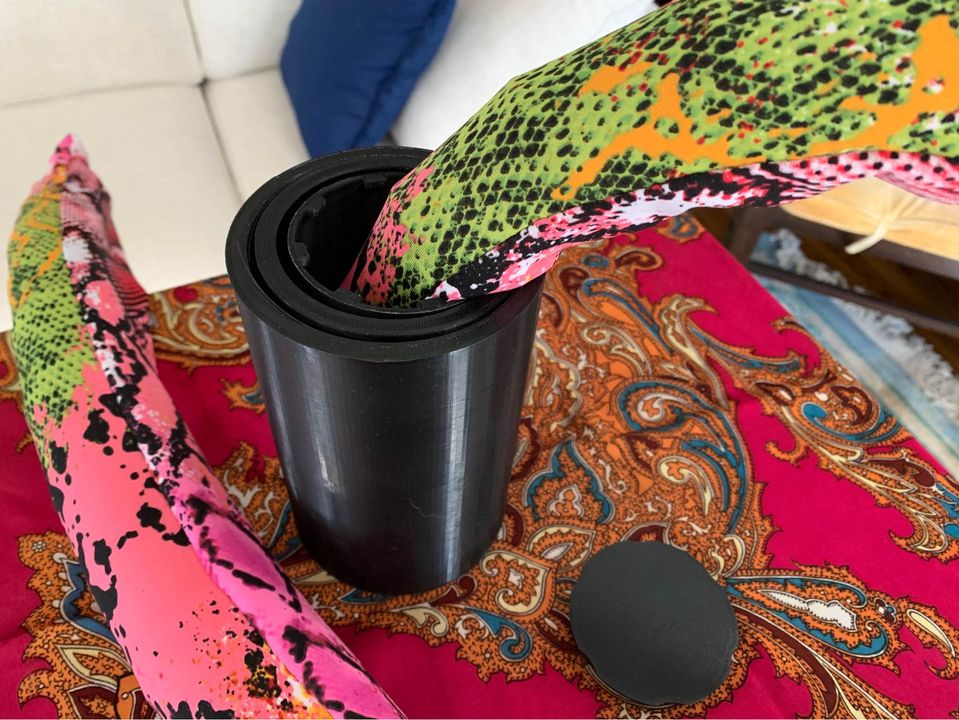 The effect: a performer states there are so many people they need their spyglass/telescope to see them all. They show the spyglass and holds it to their eye but they are looking at it from the wrong end, saying the audience is so tiny! The audience says turn it around, and using the classic "turn it around" gag, the performer turns themselves around a few times before realizing the spyglass needs to be turned around. The performer turns the spyglass around but lets go of the top end, making the spyglass turn around by itself and the performer is still looking at the wrong end. The spyglass is turned around and again the top end is let go and the spyglass turns around by itself again. Finally, the performer looks in the correct end but can't see anything. At first the end is cleared with a sleeve, thinking it is dirty. Then the performer realizes the lens cap is on. Twisting the lens cap reveals the sudden appearance of a 4+ foot spring snake!

This brand new prop is 3D printed in black and comes completely assembled. It was computer designed by a magician / engineer (me!) to ensure good tolerances between all the moving parts. The new design has a twist cap to release the snake. The dimensions are 6" x 3.75" when closed, and over 11" in length when fully extended. The price includes a 4+ foot plastic covered spring snake, or a cloth covered sprint snake for $20 more. Add $10 for shipping in continental US, PM for shipping to  other countries or for more info or questions. Limited availability 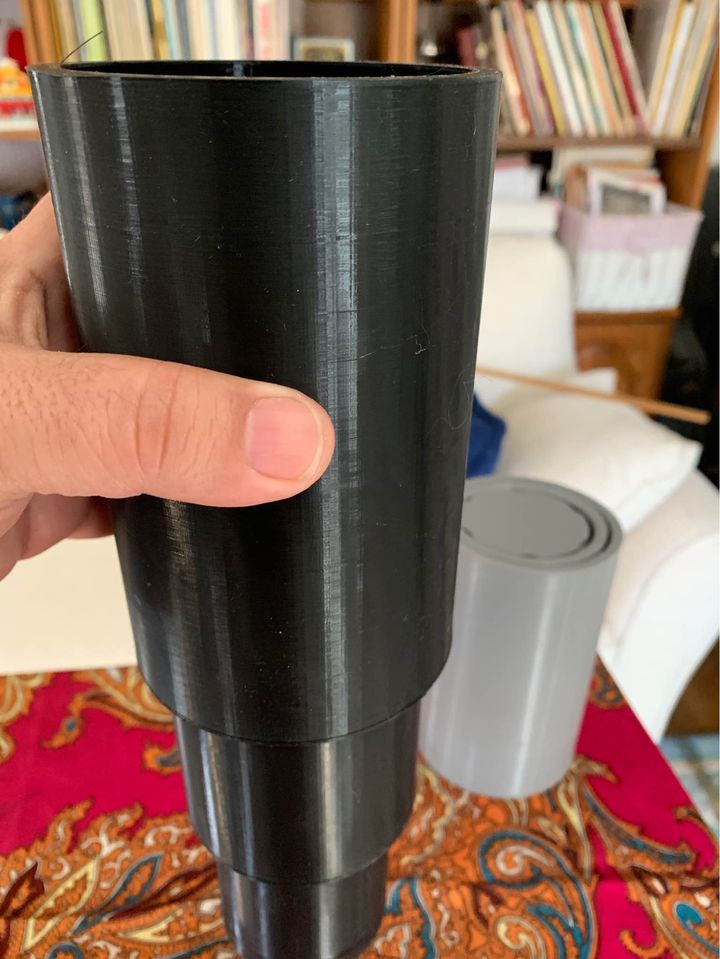