What are Squeezebox Playing Cards? Quite simply, they are a whimsical deck of playing cards where the face cards have dropped their inhibitions and are playing the accordion! Each face card is playing their favorite accordion song on either a piano or button accordion. The four aces have been replaced with accordions, with the card suit displayed on the accordion bellows. In addition, spread the cards face down and place a joker at the top of the deck and you will be able to simulate an accordion ( make sure you spread the cards from right to left, spreading the other way will make accordionists all over the world upset!). Spread two halves and you now have two accordions using both jokers. Bonus: Use the button side of the ad card to also show the left hand buttons when spreading the cards. 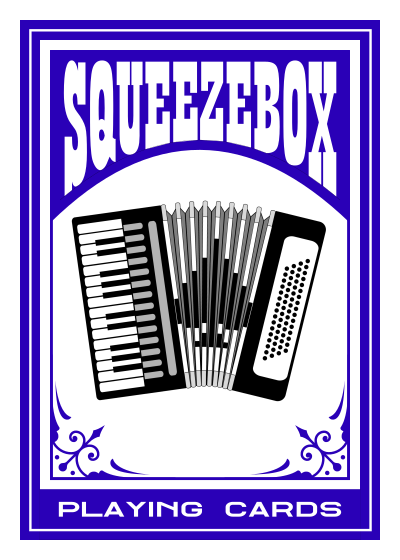 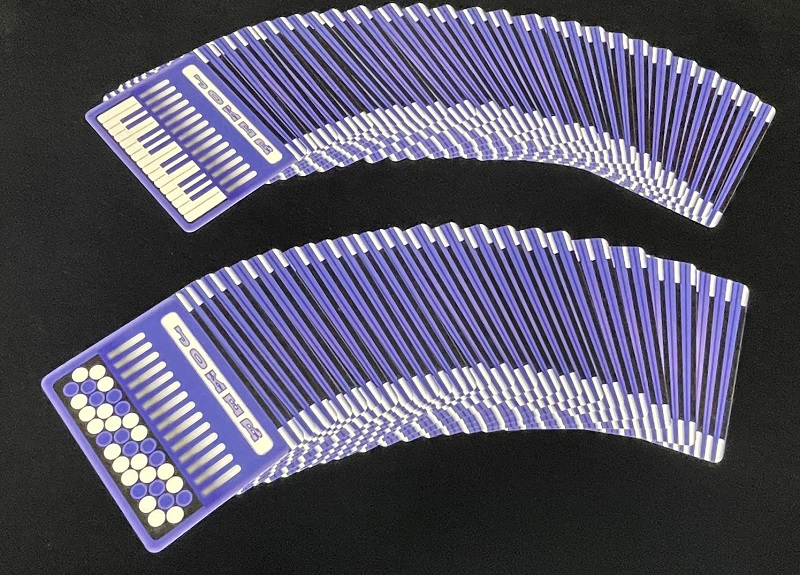 The accordion comes in two different styles for the right hand: button and piano. We pay tribute to both styles of accordions. The button accordion has a series of buttons used for the right hand playing the melody. It is popular in European countries and parts of the world where Europeans settled. The piano accordion has a keyboard similar to a piano used by the right hand playing the melody. You will find keyboard or keyboard inspired items in the spade and heart face cards. The club and diamond face cards pay tribute to button accordions with button items.

Each face card has a few notes of a popular accordion song from around the world. Can you name that accordion tune? The songs are grouped by country and suit.

The “Suicide King” of Hearts has dropped his sword and has decided to lead the accordion band with his baton. His slogan is “make music not war”. The Queen of Hearts has a Lilly on her shoulder, the official flower of Italy. 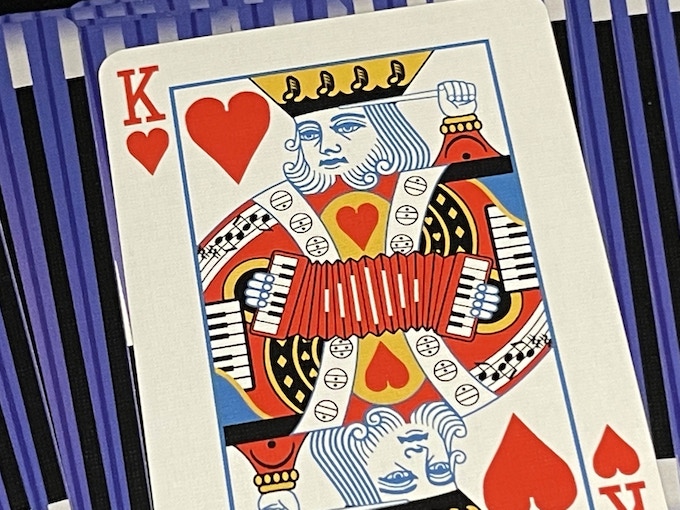 The Queen of Clubs has a sprig of rosemary on her shoulder, a very popular spice in France. What instrument did the Jack of Clubs bring with 8 strings?

The King of Diamonds LOVES oom-pah music, so he decided to play his tuba while playing the accordion. The Queen is joining in too with her tambourine. The Jack has brought his clarinet, I wonder what song he is playing?

Squeezebox Playing Cards will be printed on linen stock, which is a professional casino paper card stock. Air pockets are embossed onto the card surface to make them more durable and to provide better handling. These air pockets are used to transit shock, enabling a smooth handling experience for the magician, cardistry enthusiast and regular card game player. The card stock comes with a black-core center layer to prevent light shining through the cards. The BETA finish, an ultra-smooth finish developed by MakePlayingCards.com, allows cards to glide beautifully and effortlessly together, aiding playing card performances such as magic tricks and cardistry.
The cards will be shrink wrapped in a custom printed tuck box. The box will be sealed with a sticker containing accordion shift register symbol.
With your support we can make Squeezebox Playing Cards a reality. Thank you! 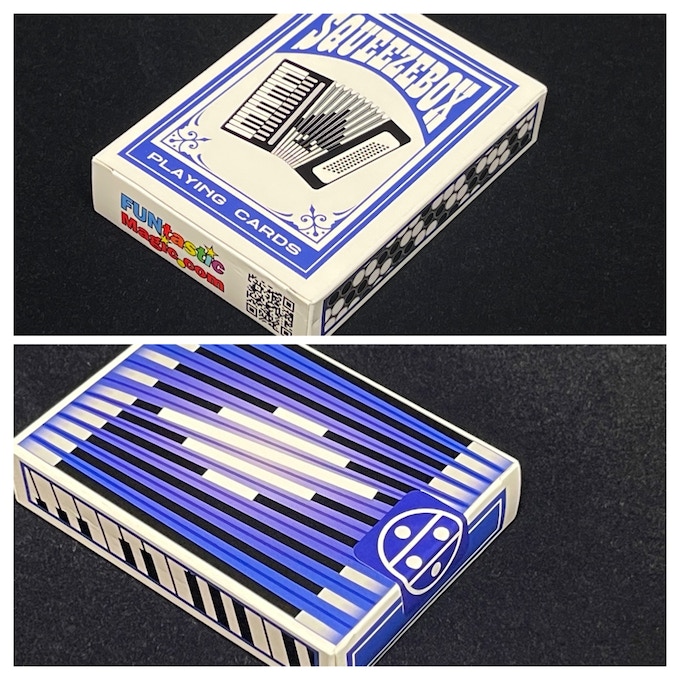 Squeezebox Playing Cards was designed and created by Dan Cogliano.

This project is now live on Kickstarter! Click here to see the project details.